The backstory and inspiration of a solopreneurship. 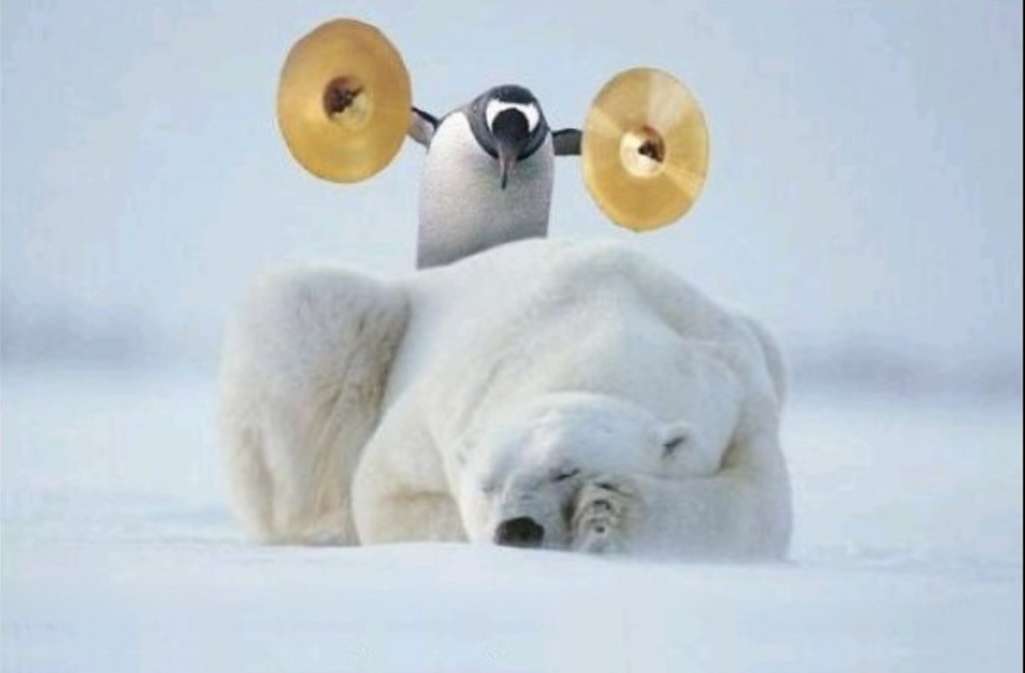 As a freelance web designer/developer since 1994 (Certified Dreamweaver), Debbie moved away from building mostly XHTML static websites towards her current dedicated focus with WordPress as the dynamic website Content Management System (CMS). Why? While many clients still wanted her assistance with content management, a significant number desired more independence.

The choice to embrace WordPress exclusively was made after building the same website in several top-rated CMS (WordPress, Drupal, Joomla!, and a few more) and evaluating the entire development and content integration process.  She then asked a few willing clients to provide feedback on ease of use and other performance criteria.  In the end, WordPress sailed to the top of the favored list by all involved, and she decided to focus on one platform and focus.

We employ the disciplined phases (nine steps) of our FOCAL9™ Process, whether a website project or one that involves design or marketing. In all cases, the foundation of our process is a strategic approach and nine basic/adaptive steps that ensure we approach the solution with the same vigor and disciplined standards. 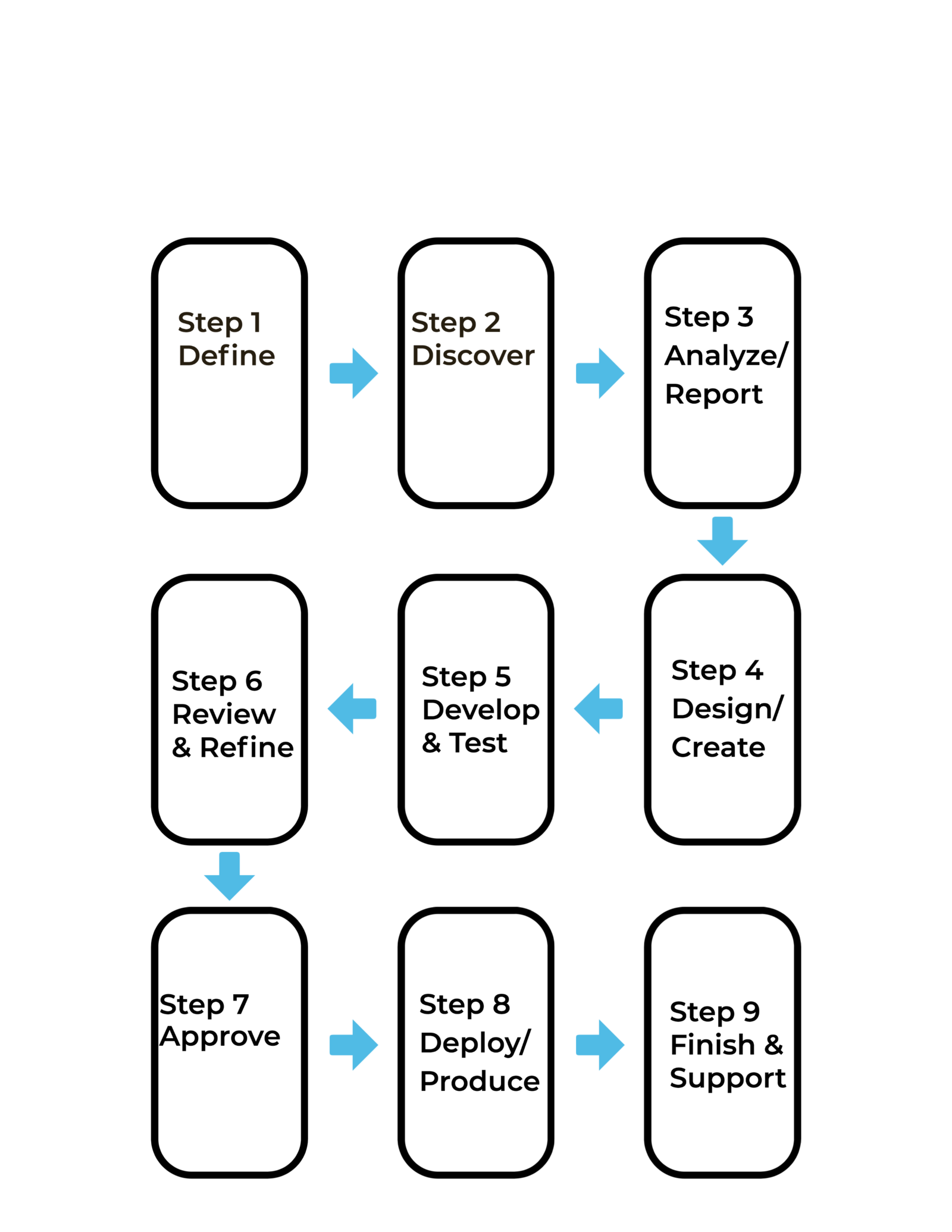 Some of Our Past & Current Clients¹ 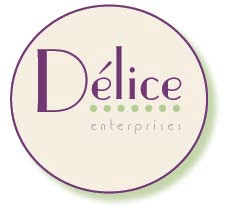 ¹ Many clients and their projects are confidential and are not listed.  We may provide an anonymized use case for very interesting or challenging projects to showcase our capabilities.

Debbie is a highly intuitive person and a delight to work with. She has a unique blend of creativity, strong information technology skills and keen business insight. She is driven to do what’s right for her clients and her company, putting them before her own personal gain. Debbie has the highest quality standards. She believes if something is worth doing, it’s worth doing right. She is a “can-do” person, willing to take charge and lead the most difficult and demanding situations. Her ethics are impeccable. These skills and attributes have earned her the utmost respect with her BizCarta teammates, our clients, and our business partners.

Debbie Clark operates Creative by Clark as a sole proprietorship.

Creative by Clark is a boutique consulting firm founded in 2007 to specialize in strategic marketing and creative design services. It’s a sole proprietorship, and as its founder, I focus on small- to medium-sized businesses throughout Central Ohio but have experience working with more remote clients, including Internationally-based clientele. Our past included working with enterprise-level Channel marketing programs.

The firm was founded in 2007, and I act as its Principal —combining over forty years of corporate marketing, design, writing, technical programming, web design & development, and communications experience.

Previously I was Chief Marketing Officer (CMO) for BizCarta, Inc. – a global professional services organization based corporately in Dublin, OH. That position challenged me with a total re-brand project for a company that previously was named OSSID, Inc. The company changed its name and total visual look and feel and drastically revised its brand story and positioning —moving from a product-centric vendor to a professional services organization that also supplied software with a “rules by tools” approach.  See BizCarta Case Study.

Although I left BizCarta in early 2007 to start Creative by Clark, it remained my client for several years of strategic and creative marketing needs, including designing and developing at least two new website iterations in WordPress (converting from the original Dreamweaver XHTML). I was frequently called upon for marketing programs that involved their former major channel partners like LANDesk® Software, an Avocent® Company, or previous affiliations with Altiris® (a division of Symantec®) and FrontRange® Solutions. I occasionally handled special projects for BizCarta’s Australian division with Pacific-Rim marketing initiatives and initial efforts for a new office in India.  BizCarta India now exists as a completely separate, privately held company specializing in Cybersecurity.

Long ago, I was trained as a concert pianist at The Ohio State University (tOSU) and planned a career as a professional piano accompanist. I was blessed with exceptional sight reading gifts that made performing previously unseen music a fast ramp-up to accompanying other soloists and ensembles. I was also a music manuscript copyist and painstakingly copied musician parts from scores in the days previous to computer manuscript software. I was always interested in restoring illuminated manuscripts, painting, and calligraphy.

Sadly, I suffered a neurological disorder in my right hand called focal hand dystonia that permanently altered my career path; I could no longer perform confidently on the concert stage. I eventually found a new life course with computers and technical programming at tOSU College of Medicine, where she worked in the Division of Computing Services to design research databases, perform consulting services for what was then called micro-computers, and manage a computer training laboratory.  Music is, after all, incredibly mathematical and pattern-oriented. Programming languages and working now with computers use the same type of pattern-recognition and logic skills.

After several years, I left tOSU to start my first business with a focus on Biomedical Computing Consulting (The Computer Virtuoso).  I worked to design an early organ donor database as one of my rewarding projects.  I had a two-year-long project with a major pharmaceutical company to create an in-house proprietary menu and application system (pre-Windows) for the new IBM PS2s.  I developed written training manuals, traveled to regional locations to install their new computers, and trained management and staff on usage.  When my contract ended with the pharma company, I expected an overseas position with a family member.   I took a short-term project at the tOSU College of Engineering in the interim.  The opportunity overseas fell through, but I met my husband while working at tOSU. We married a year later, had our daughter the following year, and I decided to put work on hiatus for a while to focus on family life.

When Macromedia developed their website software called Dreamweaver, my daughter was in school during the day, and it seemed a logical segue into a freelance medium.  At the same time, I was becoming very proficient with various Adobe graphic design software (Illustrator and Photoshop).  Combined, these tools enabled me to translate my earlier programming (I already knew HTML) and artistic interests to take shape.  On a part-time basis, I began building a few websites and became aligned with a small agency called Web Options.  My skills blossomed when Macromedia released Studio MX, and I was fortunate to be trained in Dreamweaver, Fireworks (web graphics), and Cold Fusion (a database) by their development team.  I became a software “tester” for Macromedia, and that role continued even after Adobe purchased Macromedia, creating their initial Creative Suite that included integrated products.

By the time I was CMO at BizCarta, I was certified as a Dreamweaver developer and proficient with the additional Creative Suite tools:  InDesign, Illustrator, Photoshop, Contribute, and FireWorks.   One of the major issues faced with Dreamweaver websites was its complexity and difficulty in enabling others in an organization an easy mechanism for content management.  We had a tool called “Contribute,” but while it somewhat “synced” with a website online using local software (not a browser per se), it was limited in power.  For example, if there was a photo gallery on a website, Contribute had no functionality to modify that content.

As an Adobe tester of future releases of their software tools, one very exciting tool was In-Context Editing. This was the first instance of a web-based tool to edit the front-end of a Dreamweaver website (not database connected). Those who participated were promised that our clients could continue using the software on an inexpensive monthly subscription and were given a very modest ball-park cost. Creative by Clark was born during this period.  I had built a few small WordPress “blogs” by now, but the primary websites were still static XHTML built in Dreamweaver.

Soon, Adobe made a startling announcement.  The excellent In Context Editing tool, so many developers like myself had installed for clients, took a different turn than what we were originally told.  Adobe rolled In Contest Editing into proprietary and very expensive set of tools called Business Catalyst.  It would have cost me thousands of dollars to implement on existing websites, and I had to renege on client commitments.  At that point, I decided to examine the blossoming world of dynamic CMS (Content Management Systems).  Already familiar with WordPress for blogs, I decided to develop a website on multiple platforms.  I started with replicating a Dreamweaver website and used WordPress, Drupal, Silverlight, and Joomla!.  I made complex assessments of development ease and enlisted a few clients to evaluate the content management dashboards in making the same editorial change on all platforms.  WordPress was the unanimous winner, so I decided my focus would be solely on becoming a WordPress expert.

Since its founding, Creative by Clark has built an impressive reputation for producing materials and programs that are strongly market-focused yet are also tasteful and contemporary. Clients include small and medium-sized businesses – from startups to well-established organizations. Projects have included identity programs, stationery systems, brochures, sales literature, package design consultation, store displays, website design and development, and brand strategy.

In 2014 I was engaged by Sullivan Solutions, LLC to develop a very complex Online Brownie Bakery.  Using their designs and graphic assets, I developed an online WooCommerce store in a multi-user Network that included POS sites for their brick-and-mortar operations.  Sadly, the business closed a few years ago, but it was probably the most complex development project I’ve completed.  See Brownie Bakery (Sugardaddy’s) Use Case Study.

Since that original project, I have continued my relationship as the exclusive Web Developer for Sullivan Solutions.  I have worked on over thirty WordPress projects ranging from simple brochure websites to very complex sites.

Creative by Clark, aka Debbie Clark, has worked from a home office with many great assistants. (They truly love their treats, belly, and ear rubs.) 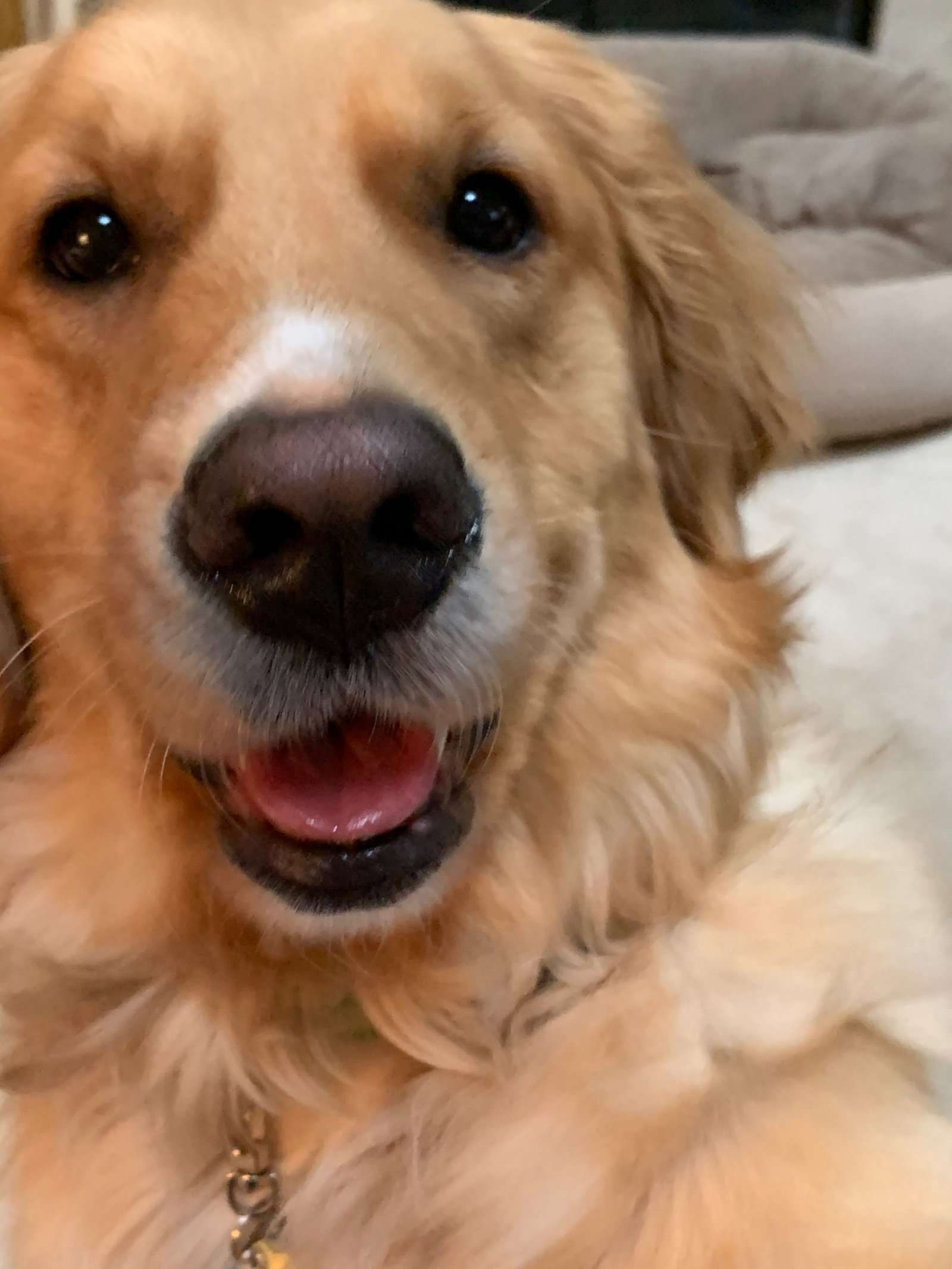 Phoebe is a four-year-old Golden Retriever named fondly after Phoebe Buffay from “Friends.”   Fitting the breed stereotype, she is sweet and extremely friendly —making her ideal for her Customer Service role.

In reality, now that we’re hopefully Post-Pandemic, we’ve resumed her disciplined training with the goal of Phoebe: Certified Therapy Dog. 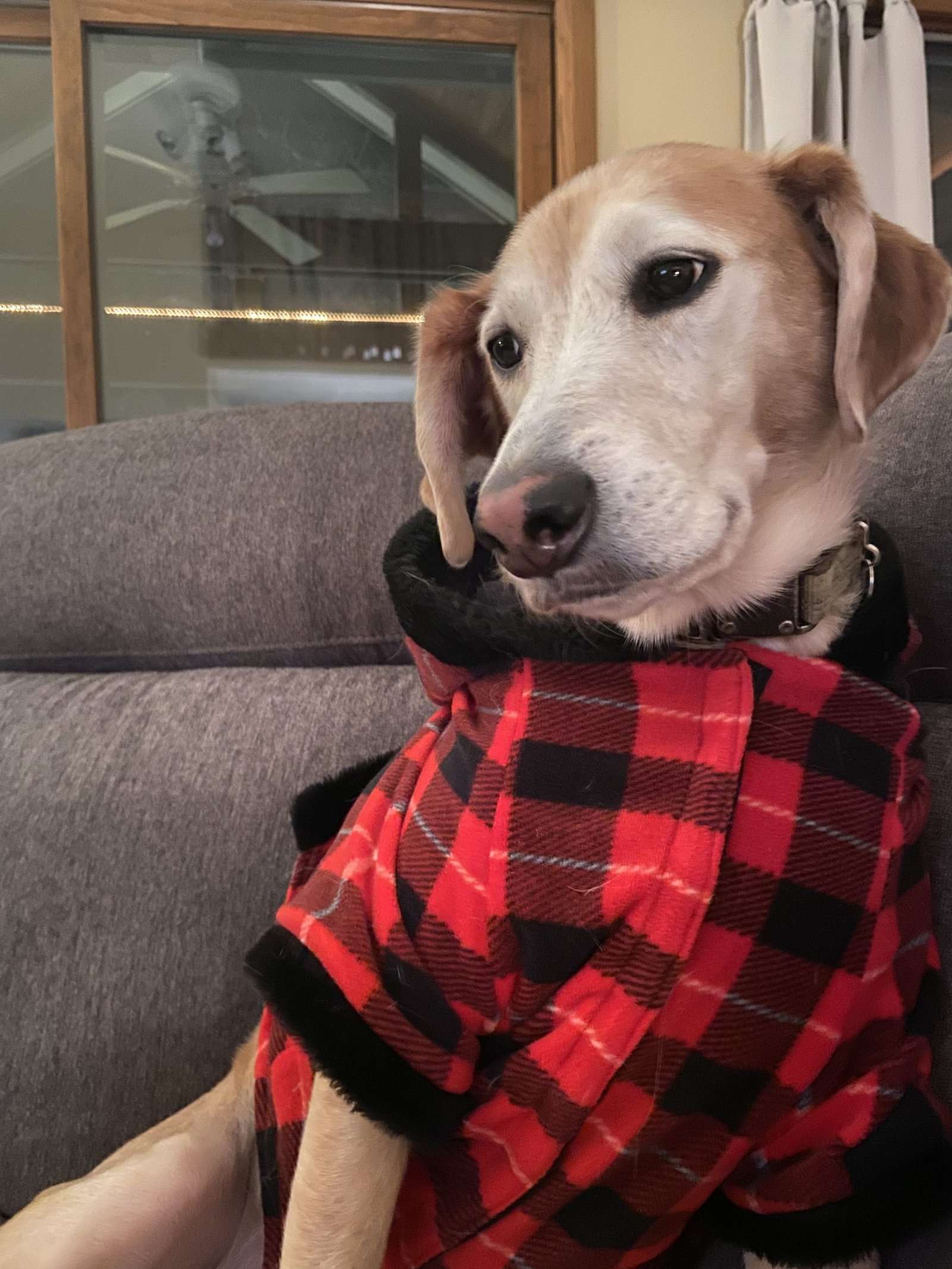 Edmund aka Eddie is a seven-year-old rescue (Lab, Beagle, and we think Collie) who is quirky — a bit on the eccentric side.  He is gentle, incredibly intelligent (he knows every toy by its name), and extremely agile.  Edmund is named after St. Edmund Hall at Oxford University (Debbie’s husband’s alma mater). He hasn’t met a cookie he cannot love.

Whether starting from scratch, rebuilding, fixing problems or requesting information on a maintenance plan, please provide as much information as is relevant below.